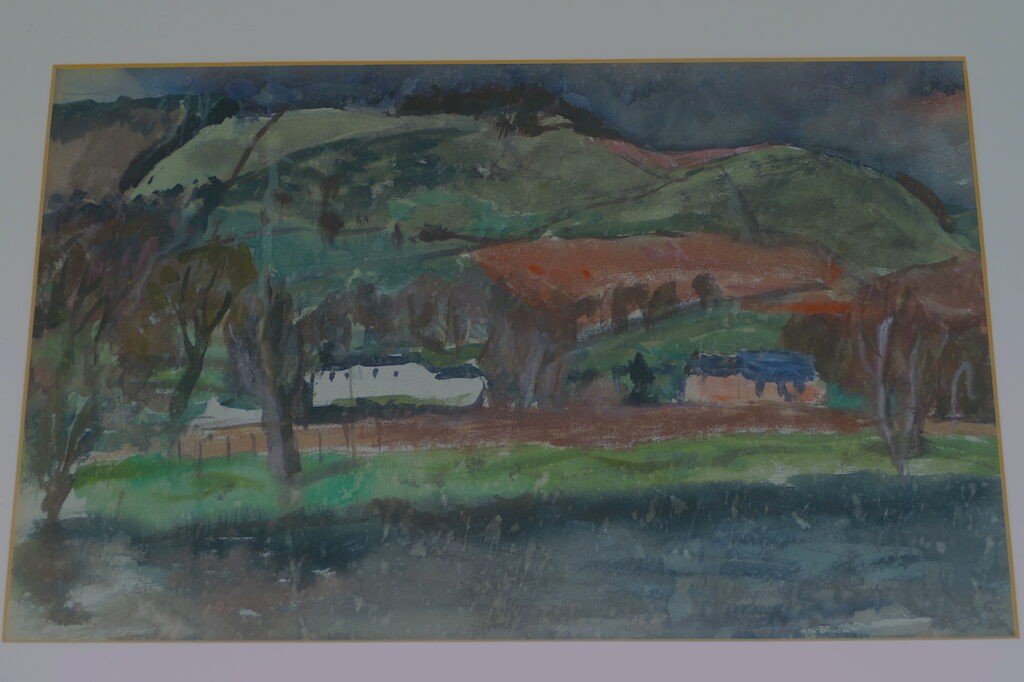 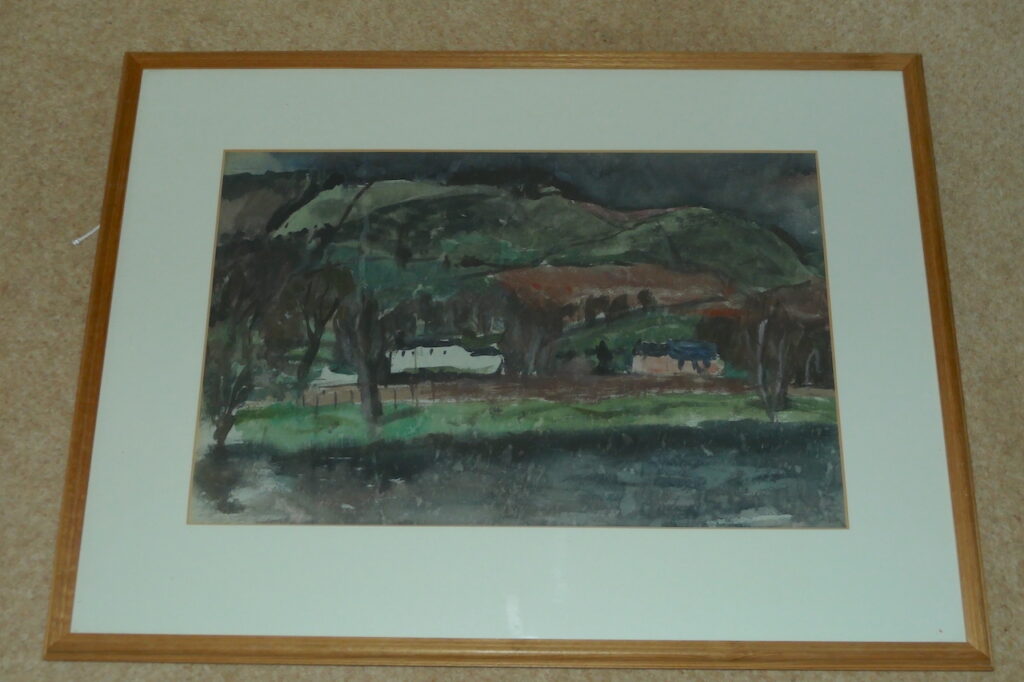 A lovely watercolour by the distinguished Edinburgh stained-glass artist, etcher and watercolorist William Wilson showing a view of farm buildings on the side of a hill. The work is from his Lyon and Turnbull Studio Sale in 2019 . In good condition in its original frame.