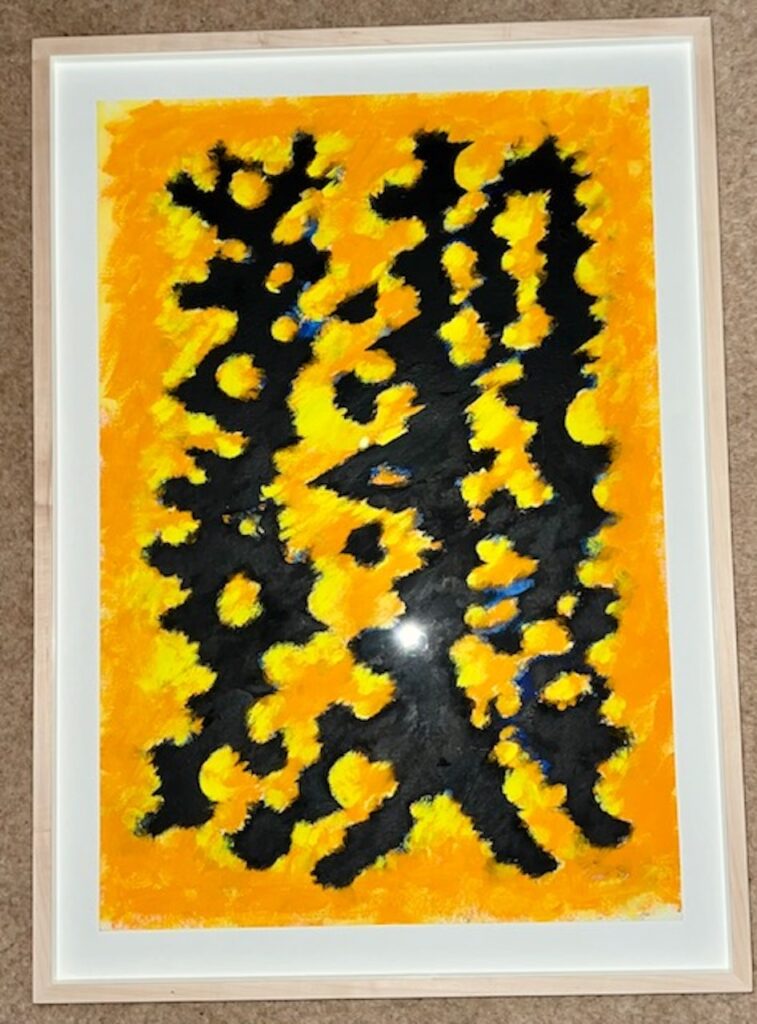 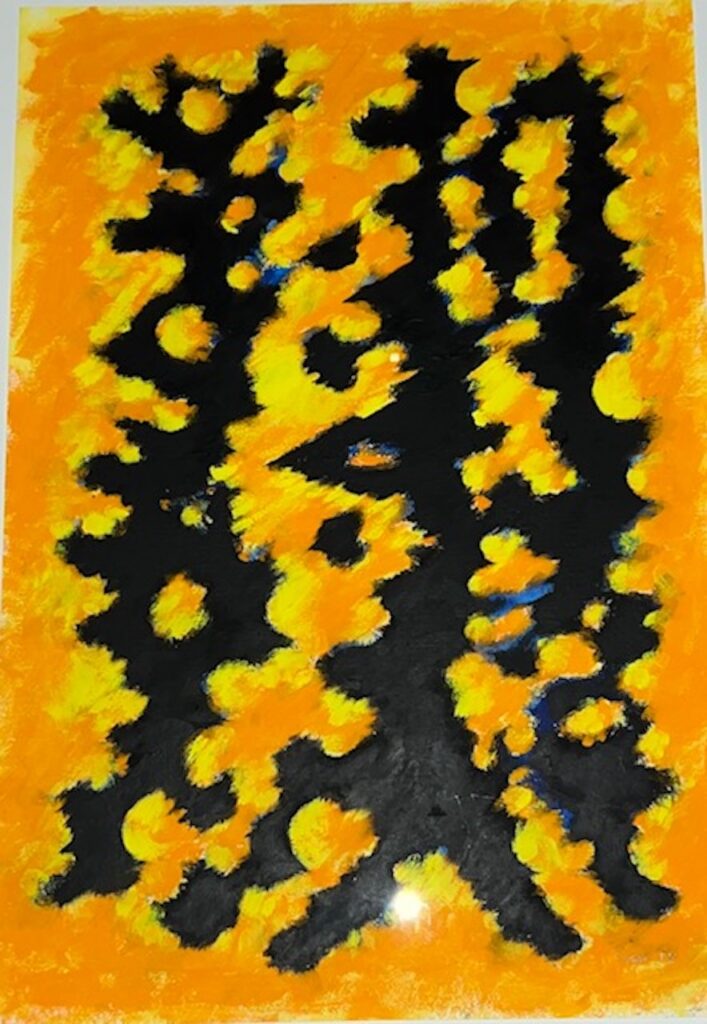 A super abstract by the Scottish artist William Gear. Recently reframed and in good condition, this acrylic work is untitled but is signed and dated 1987 in pencil by the artist. A very subtle abstract in coloured inks by the Scottish artist William Gear.  Signed, dated 1963 and  titled verso, this work is one of a series done that year.  Feeling that this work seemed  a bit peely wally  and faded in relation to most of Gear’s other abstracts, I checked  it out on google and came across another work from the series -“Green No 4” – which is also in inks and is similarly delicate.  In good condition in its original frame and mount.