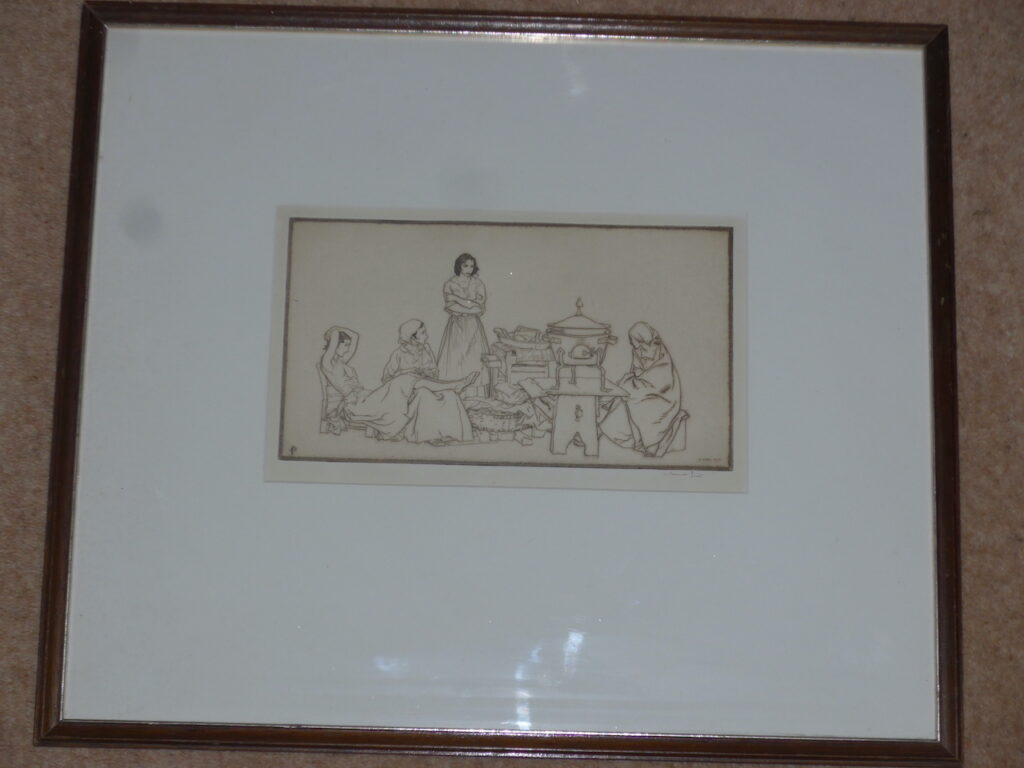 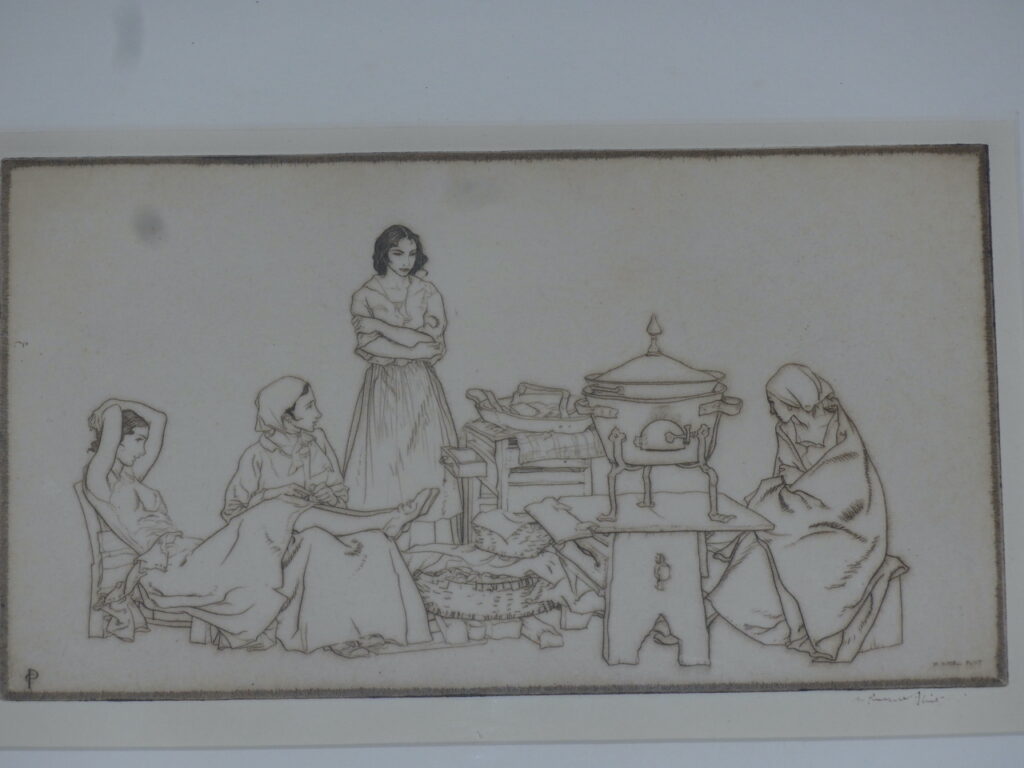 A lovely little etching by Russell Flint showing a group of Venetian ladies taking their ease round a stove. In good condition, signed in pencil and in its original frame and mount. A superb limited edition print in fine condition from an edition of 850, signed in pencil and dated 1969. Published by Frost and Reed.  Artist Sir William Russell Flint (1880-1969).