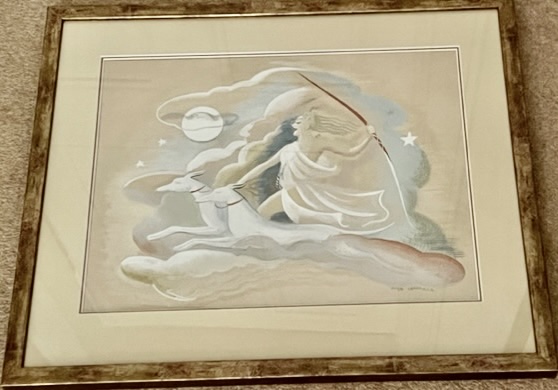 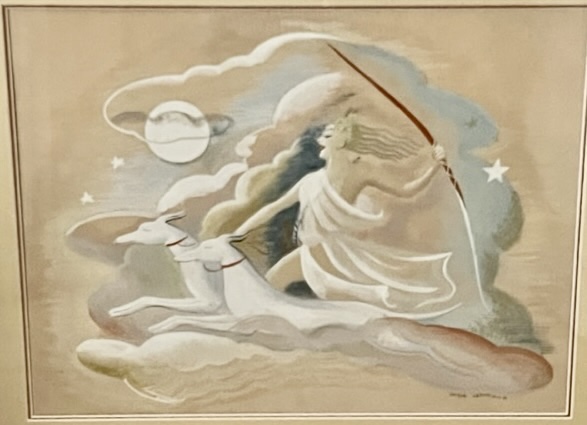 A super Art Deco image by the Chilean-born artist Olga Lehmann showing the goddess Diana with her two dogs. This work, in watercolour and gouache, is in good condition, signed by the artist, right. Bears a label verso indicating title of work and address for the artist. In its original frame and mount.