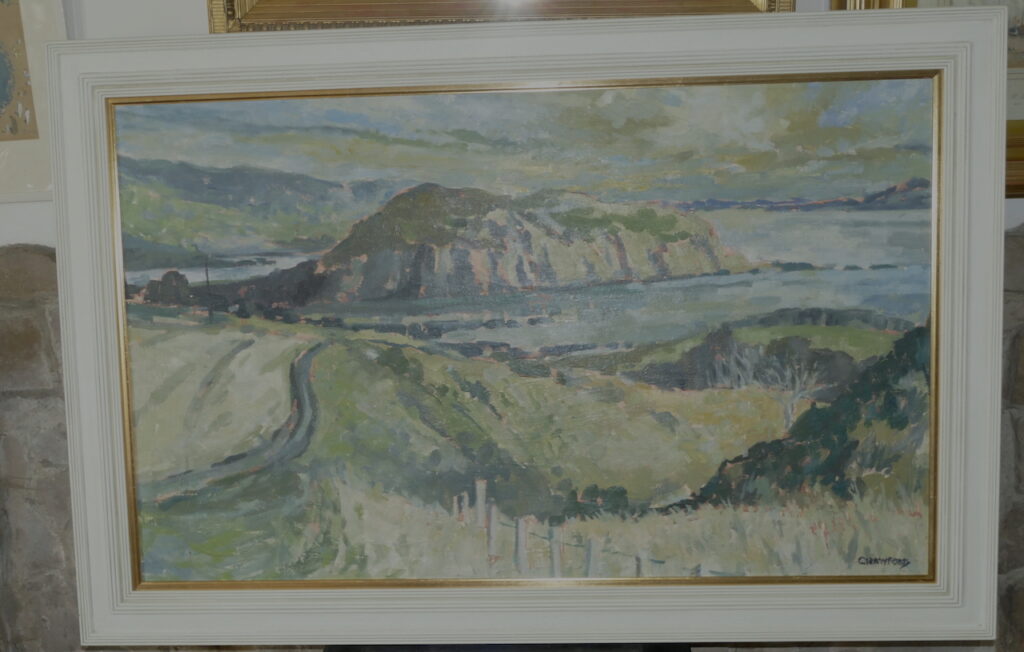 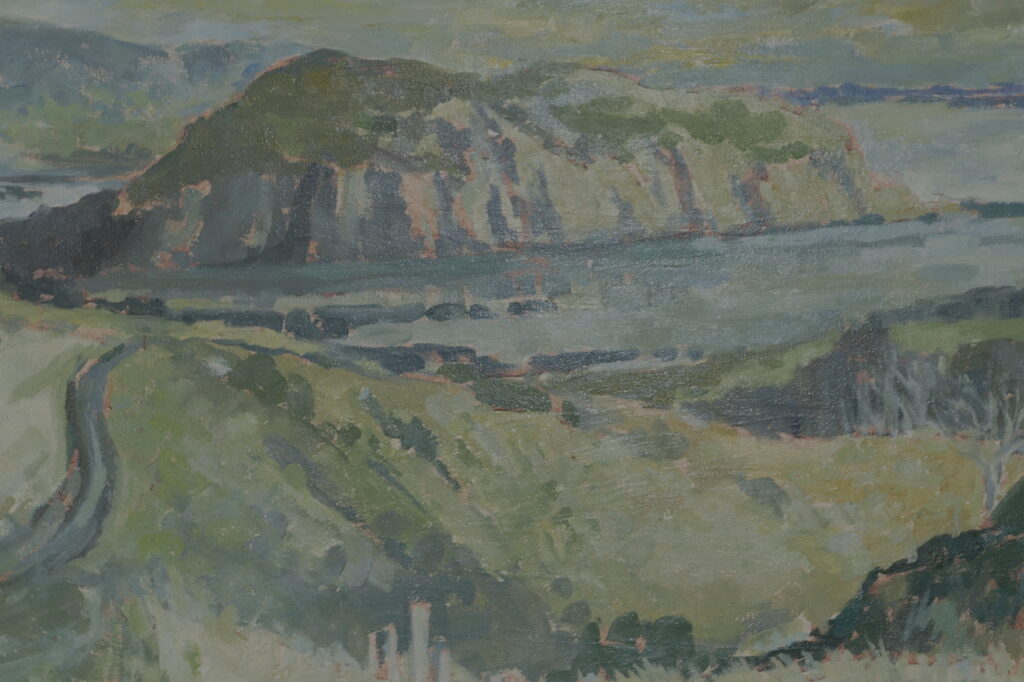 An oil on canvas showing an extensive and quite distinctive landscape on the West Coast of Scotland. by the Highland artist John Crawford.   Signed, lower right and in good condition having recently been reframed. An extensive landscape showing The Meikle Pap  or hill above the heights of Docharty near Dingwall, Ross-shire, by the Highland artist John McKinnon Crawford. Signed, lower left. A lovely “Colourist” landscape of a Highland village, most likely on the West Coast of Scotland, by the artist John McKinnon Crawford.  Signed indistinctly, lower left. This oil on board is in good condition in its original frame.