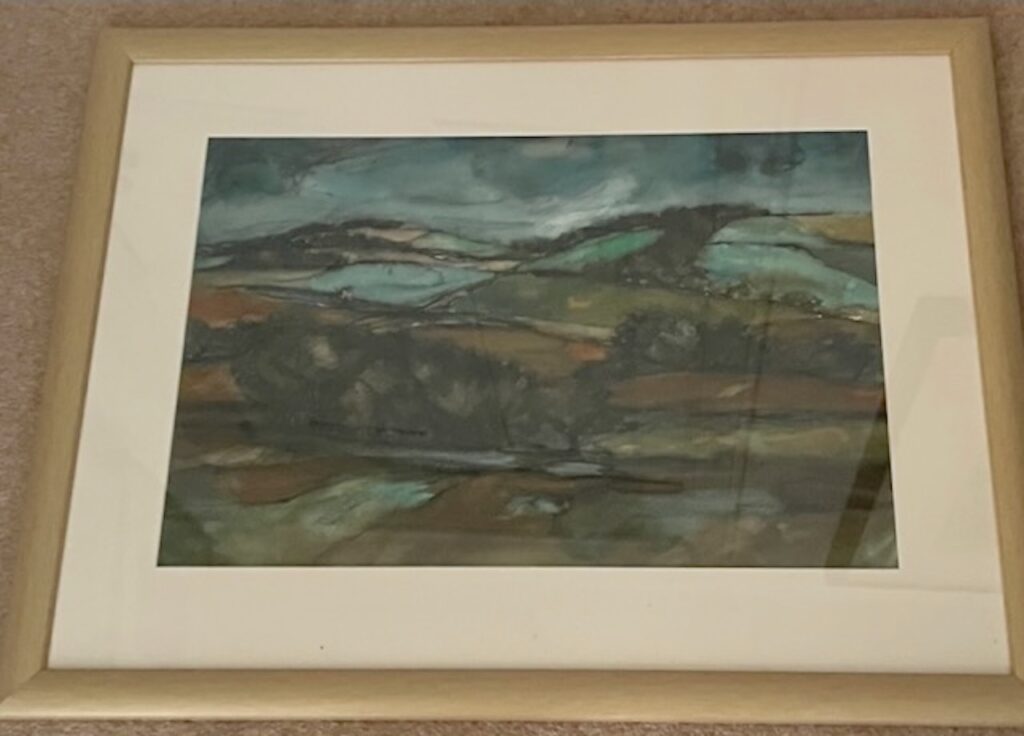 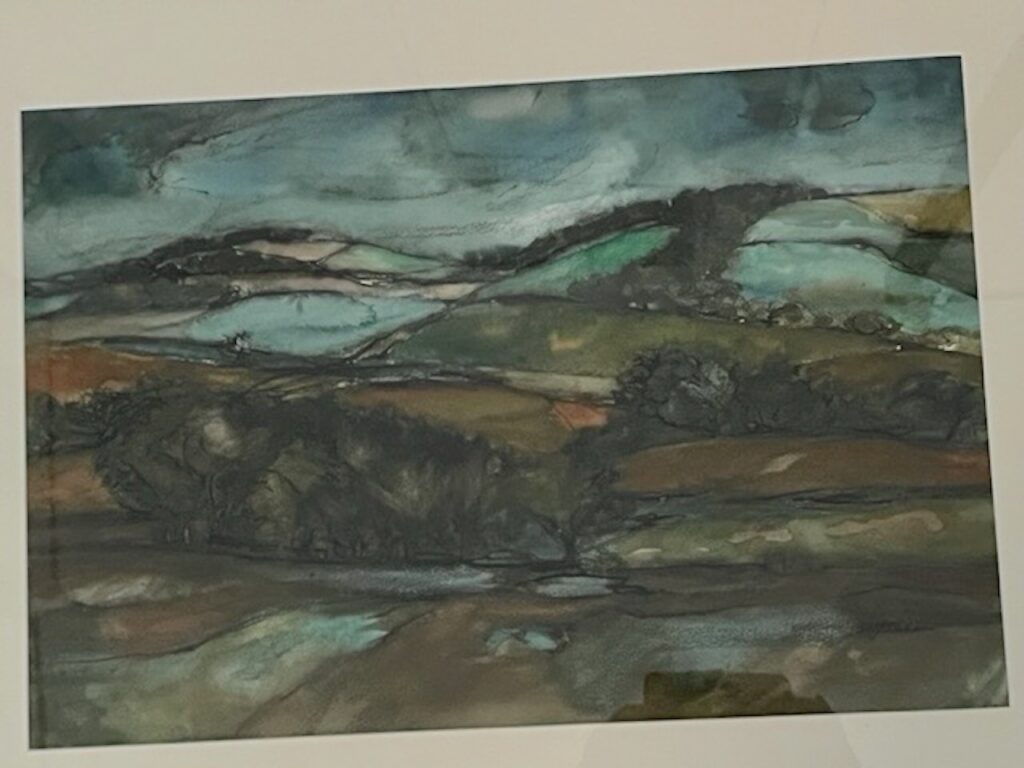 An extensive watercolour showing rolling hills and a patchwork of fields by the fine Aberdeenshire artist Donald Buyers RSW. Verso, a label for the Rendezvous Gallery in Aberdeen with the title “Stormy Day”. Signed snd dated 1987,  this work is in good condition in its original frame and mount.