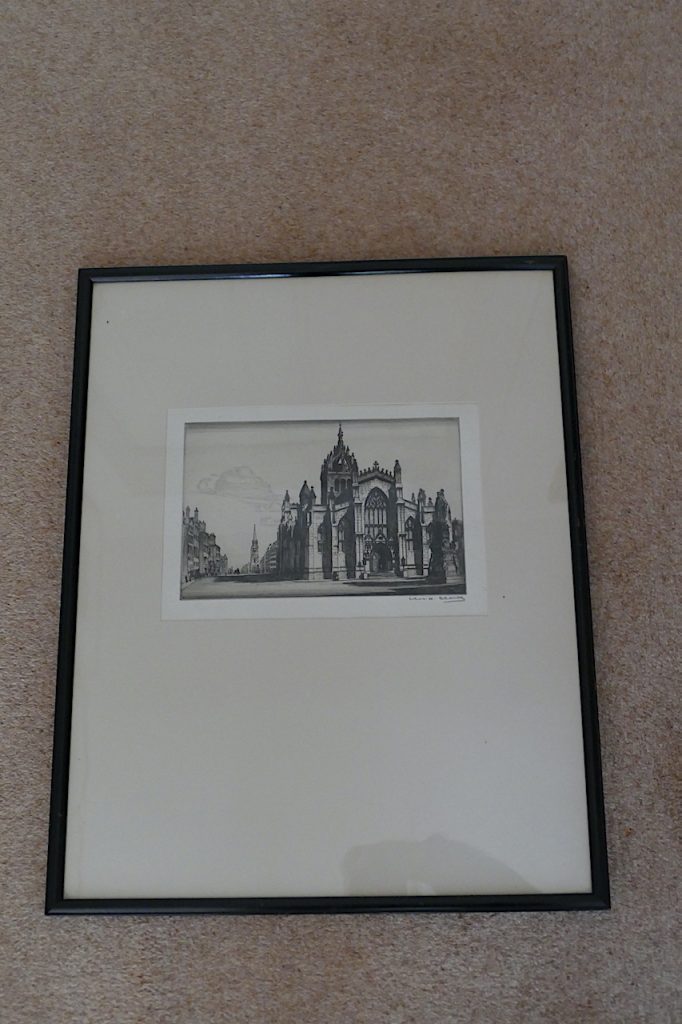 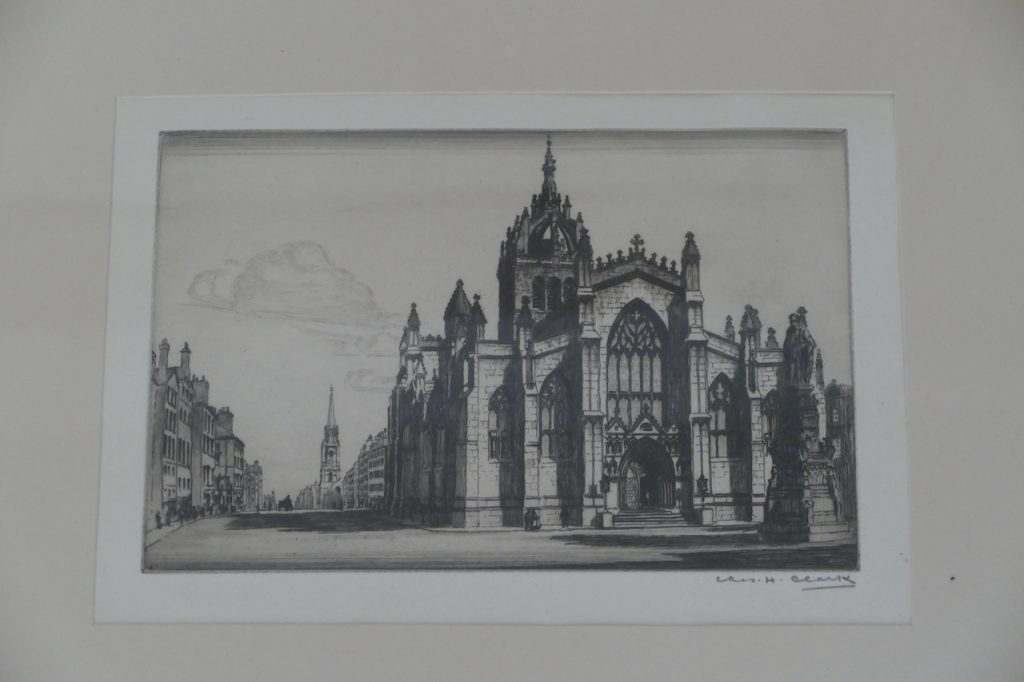 A nice little etching showing the exterior of St. Giles Cathedral in Edinburgh. Signed, lower left, by the artist Charles H. Clark, it is in good condition bearing a label, verso. A nice image of one of the most famous churches in the country – St. Giles Cathedral, in Edinburgh’s High Street in the heart of  the  city’s Old Town. Signed in pencil and in good condition in its original frame and mount. A nice  etching of a famous Edinburgh house, signed and titled by Charles Herbert Clark (b.1890) in pencil and in good condition with slight browning to margins. In its original frame and mount.