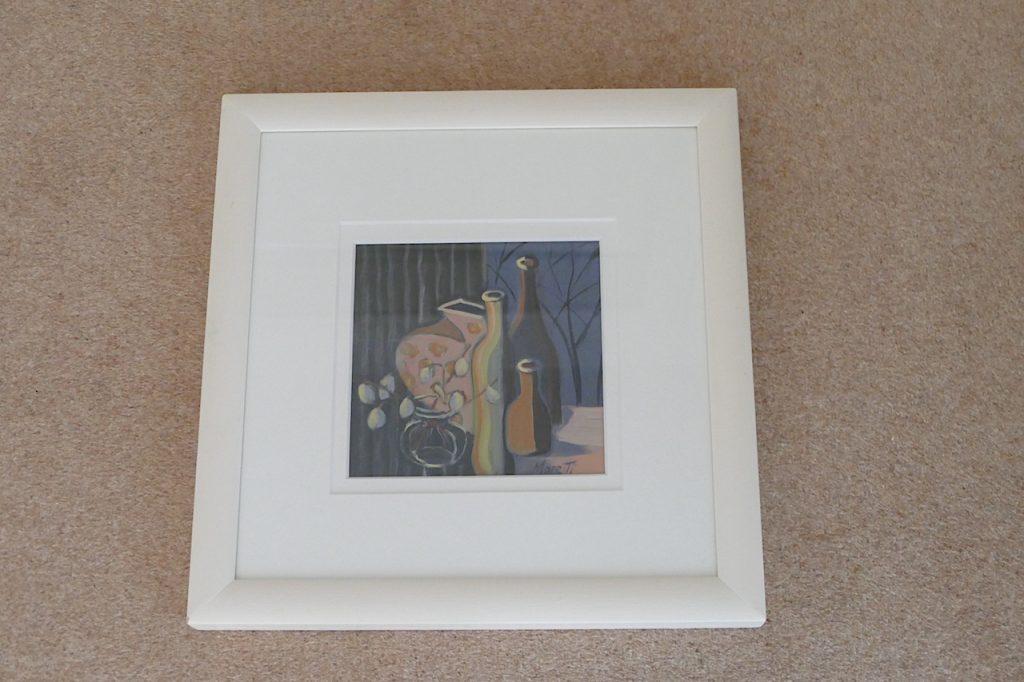 A super little still life of bottles and a vase by the Italian artist Alberto Moretti.  This acrylic is signed, lower right,  and in. good condition. in its original frame.