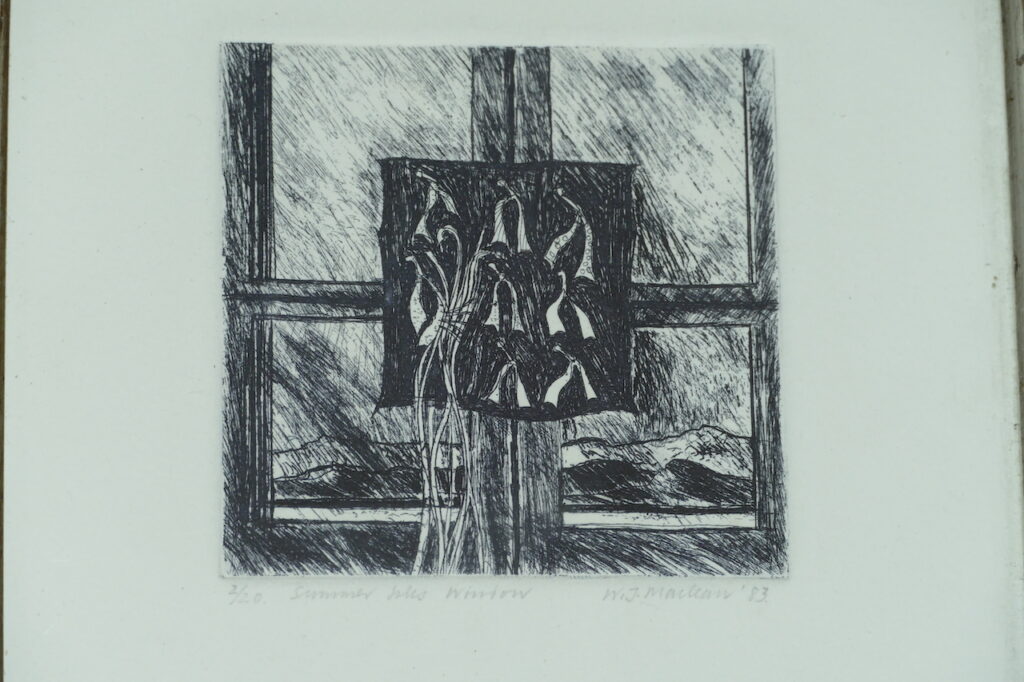 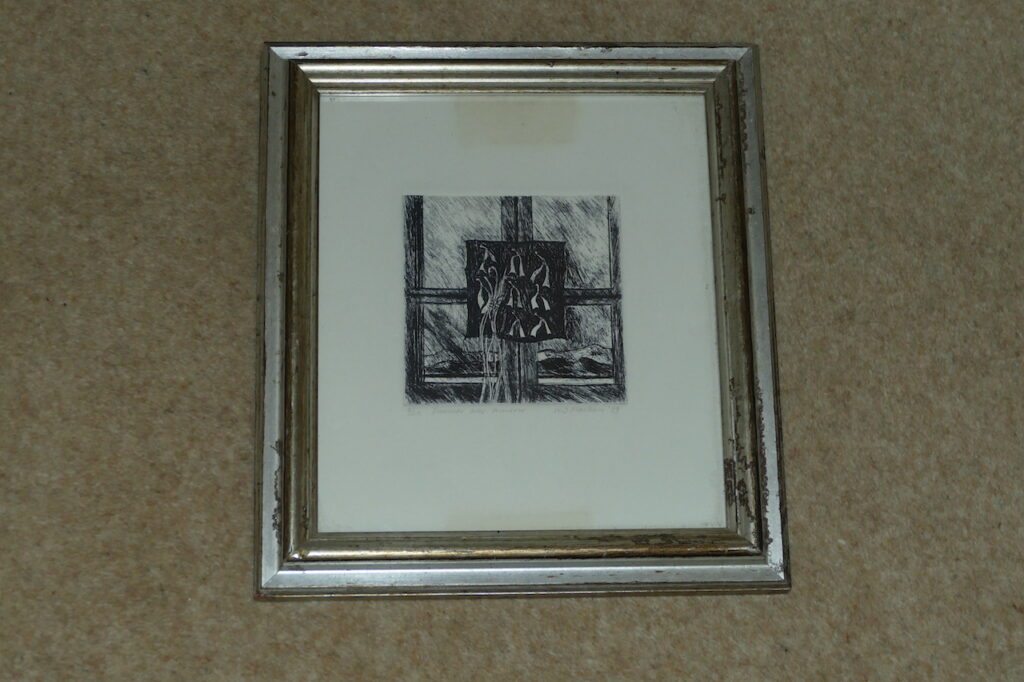 A lovely little etching by the Scottish artist Will Maclean MBE , RSA, RGI, RSW,  (b.1941), entitled “Summer Isles Window”.  In good condition in its original frame, this work is signed and titled in pencil and dated 1983.