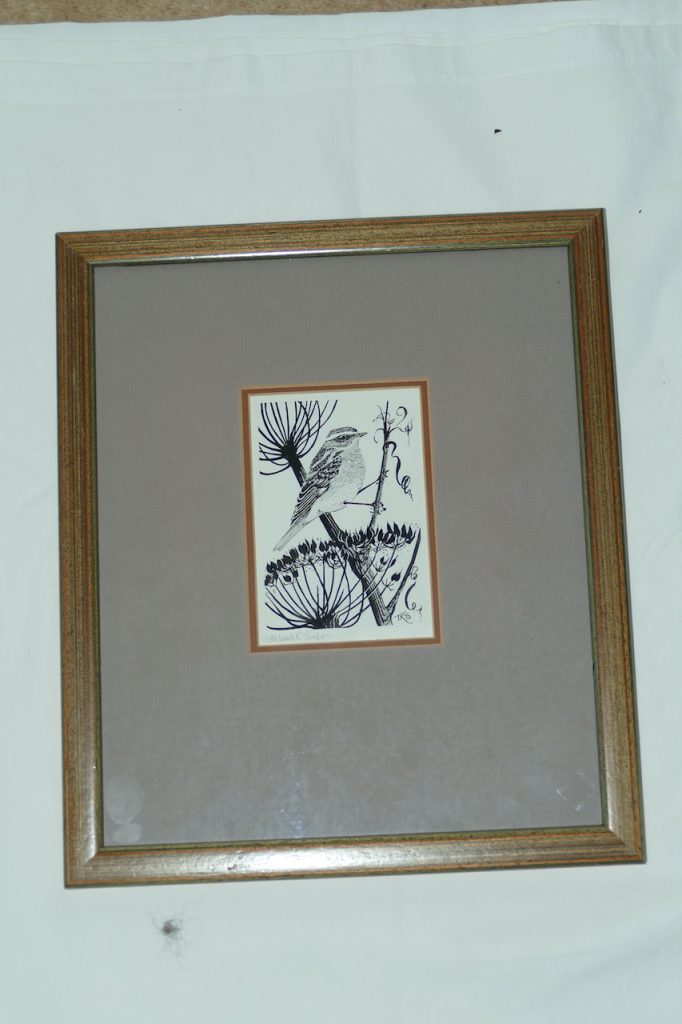 Signed in pencil, this is a very nice little linocut by the English artist Thelma K.Sykes. In good condition in its original frame and mount.