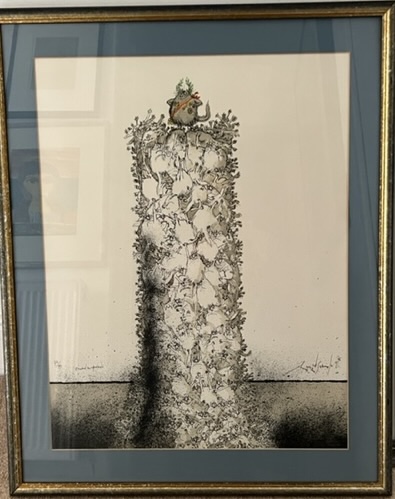 A fine lithograph by the English master draughtsman and cartoonist Ronald Searle entitled “Onwards and Upwards”. Numbered 78 from a run of 99, this work is signed, titled and dated by the artist in pencil. It is in good condition in its original frame and mount.