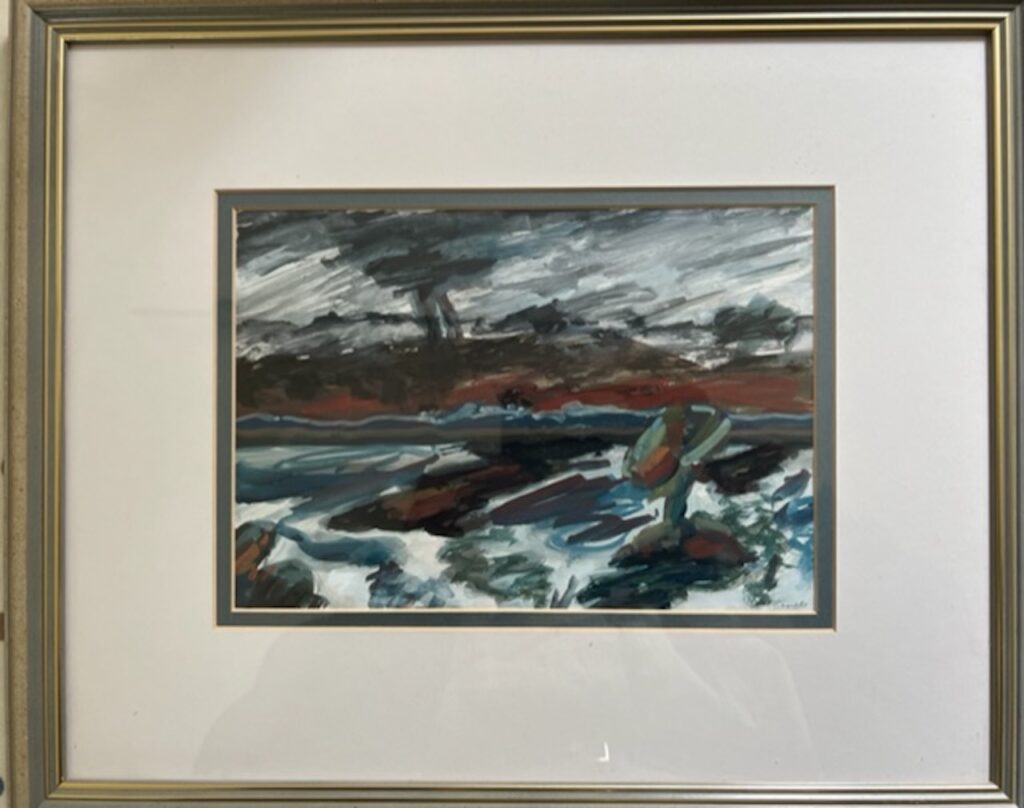 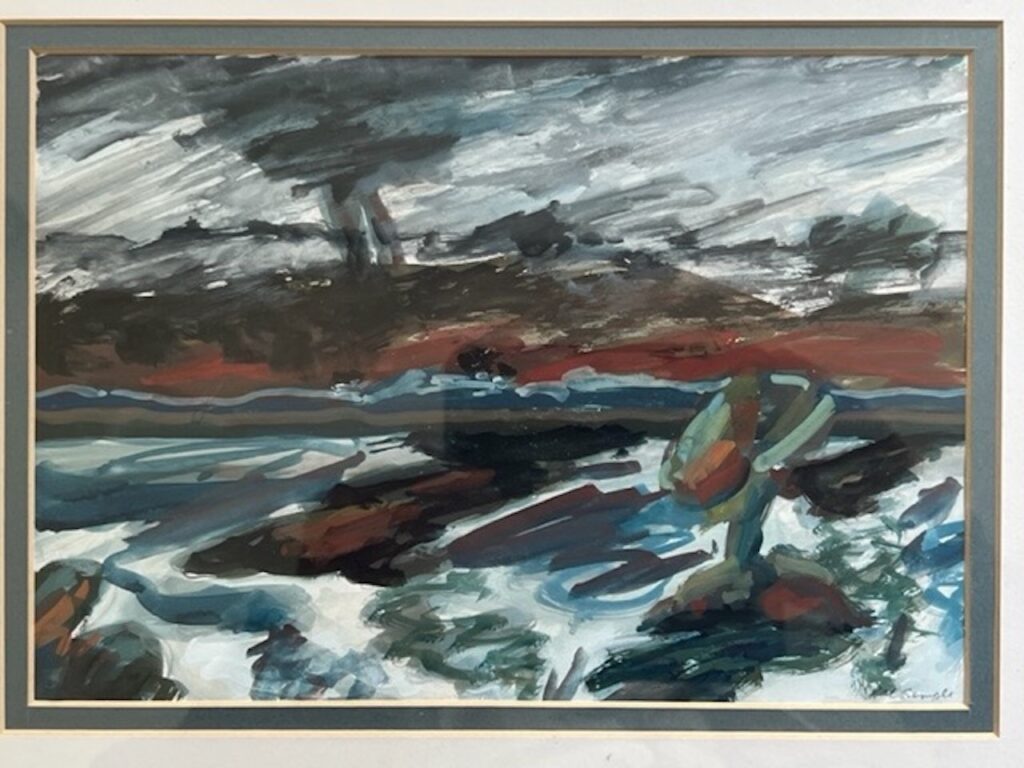 A vibrant little watercolour and gouache by the Scottish artist Pat Semple. Signed, lower right, and in good condition in its original frame. A large and striking etching showing  Gruinyard Island off the West coast of Scotland by the contemporary Scottish artist Pat Semple R.S.W. In good condition – recently reframed- and signed by the artist in pencil. A small abstract landscape entitled “Winter Morning” by the Ross-shire-based contemporary artist Pat Semple.  Signed lower left and in good condition  in its original frame.  This work bears a label, verso, indicating that it was exhibited in 1994 at the Scottish  Gallery in Edinburgh in  a joint show by Semple and her late  husband, the artist and teacher Derek Clarke, entitled “Two Artists – One Place”.