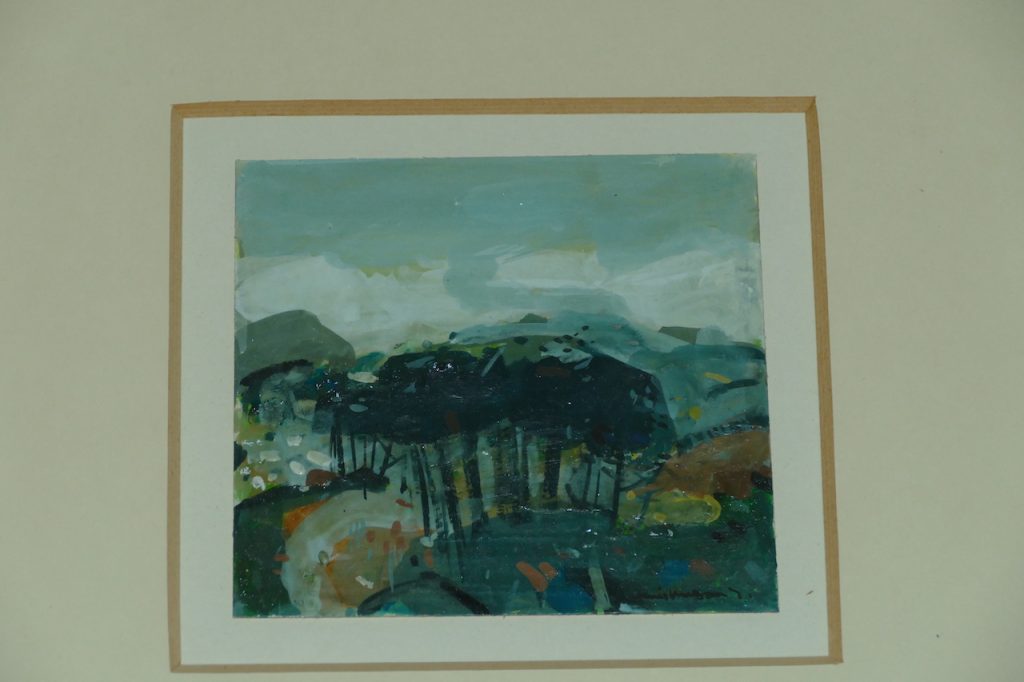 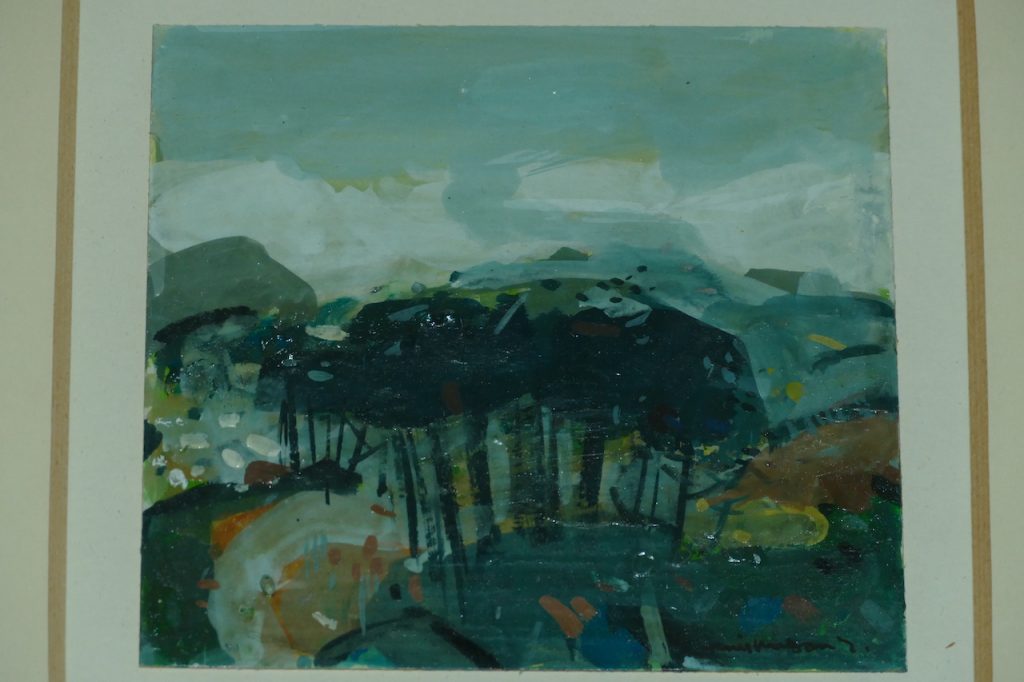 A lovely little landscape by the Glasgow artist Hamish Macdonald  showing a copse of trees with hills in the distance. This mixed-media work  on card is signed by the artist and in good condition. This is a super painting by the Glasgow artist showing an untidy table laden with a variety of pots, plates and vases.  In good condition, this acrylic on board is signed, lower right. A  vibrant and quite large oil on canvas showing a farm scene with outbuildings, geese and chickens by the  Glasgow artist Hamish Macdonald  who died in 2008. Signed by the artist and in good condition.