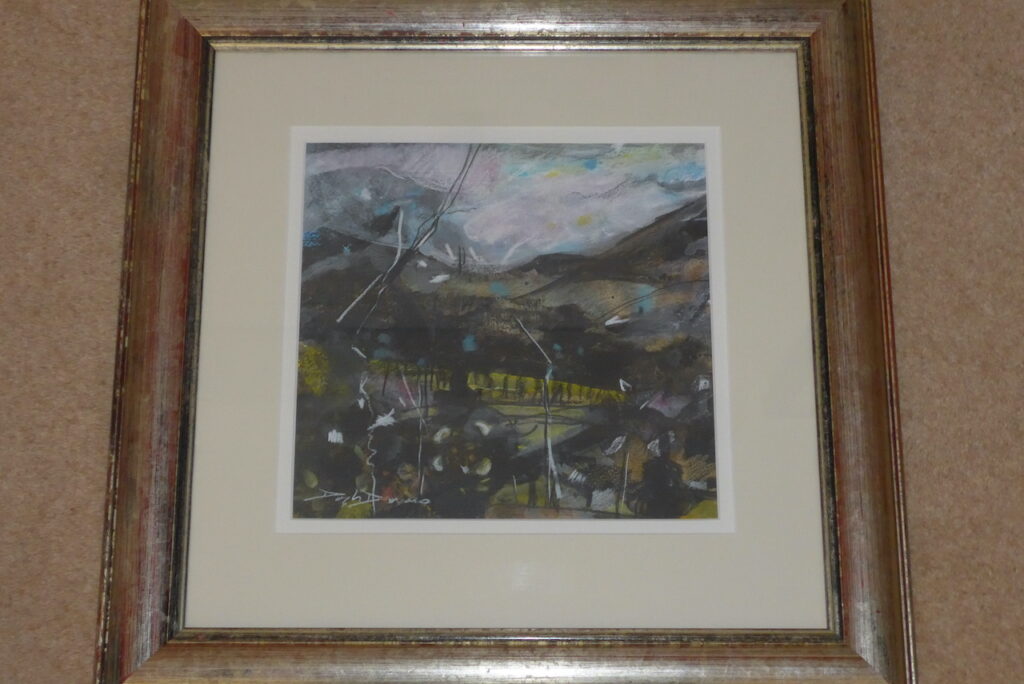 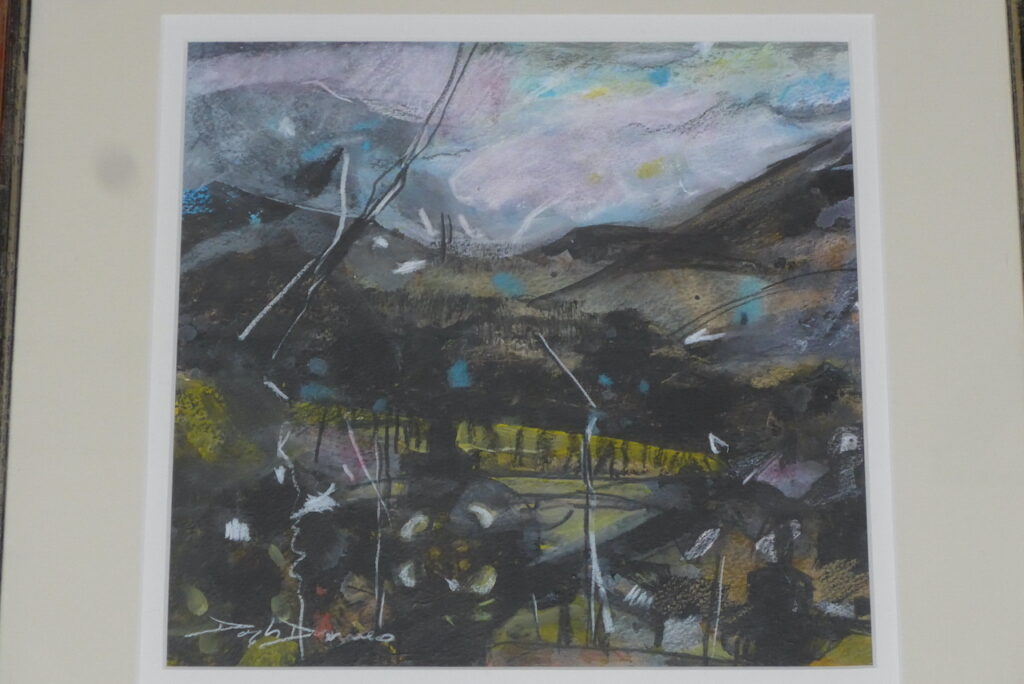 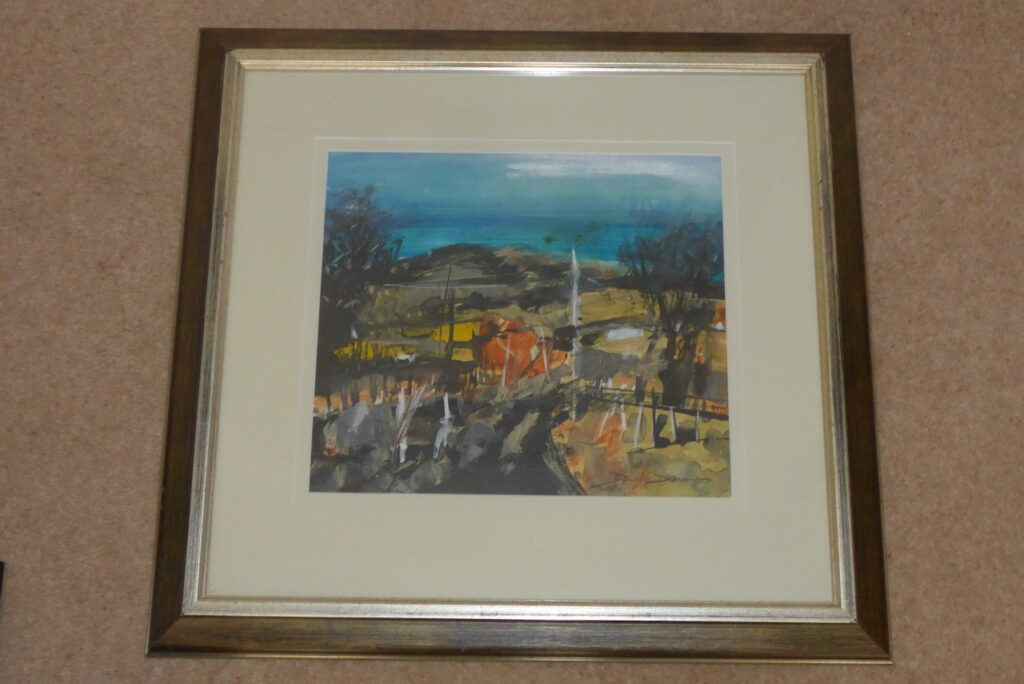 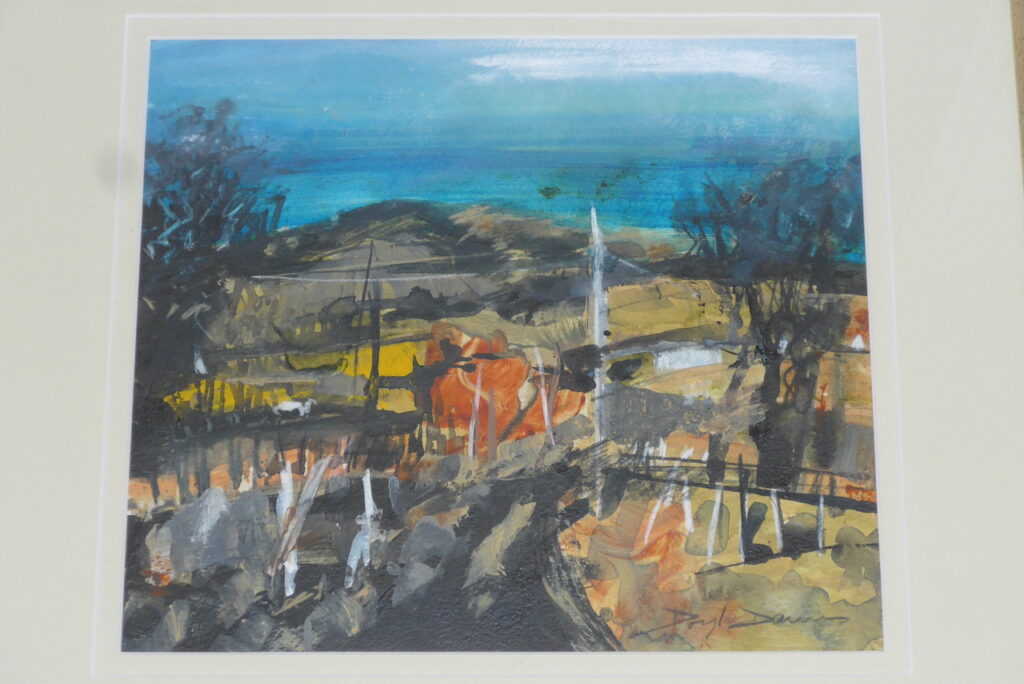 A colourful abstract landscape by the Borders-based artist Douglas Davies. In good condition in its original frame and mount.