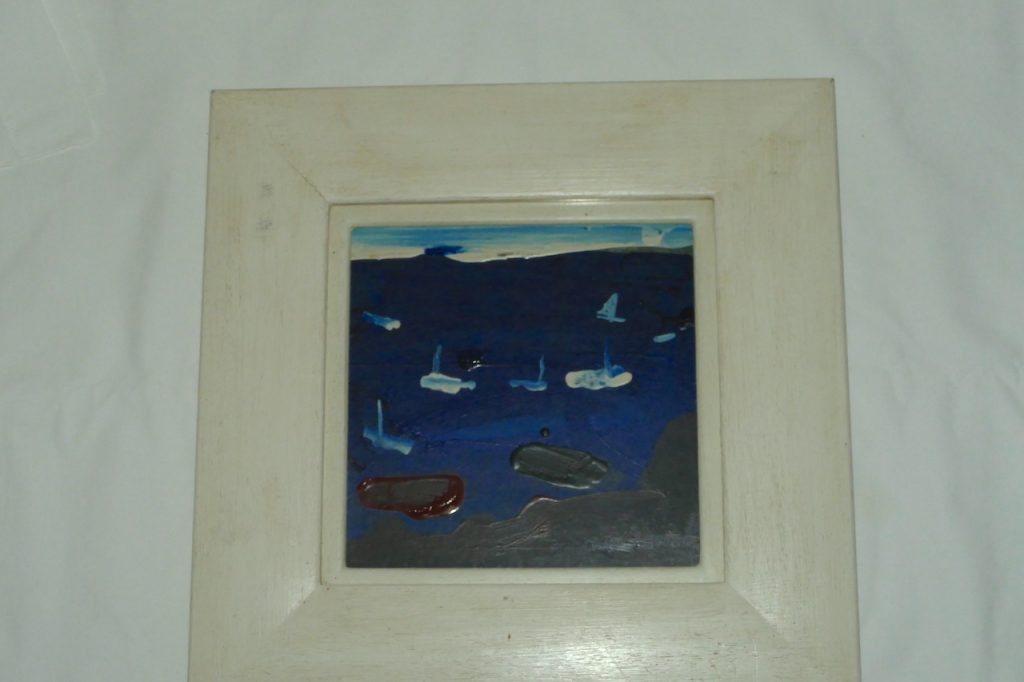 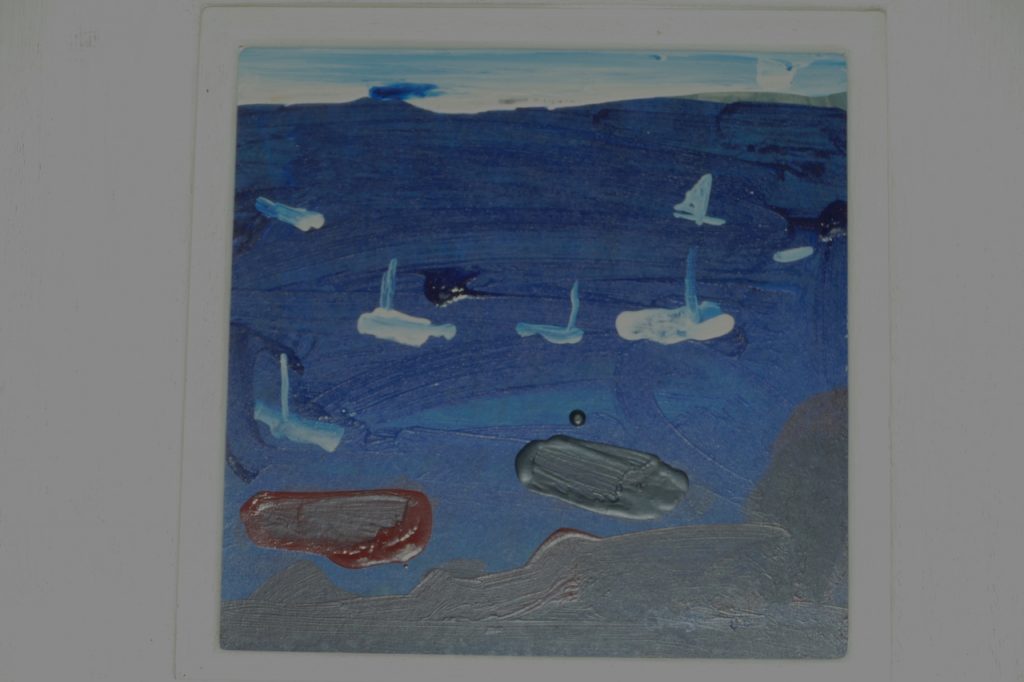 A  super little seascape by the Scottish artist Christine McArthur showing abstract boats in a blue sea. Described by the artist “Light In The Sky, Still Sea, Boats”, this acrylic is signed lower left and is in good condition in its original frame.