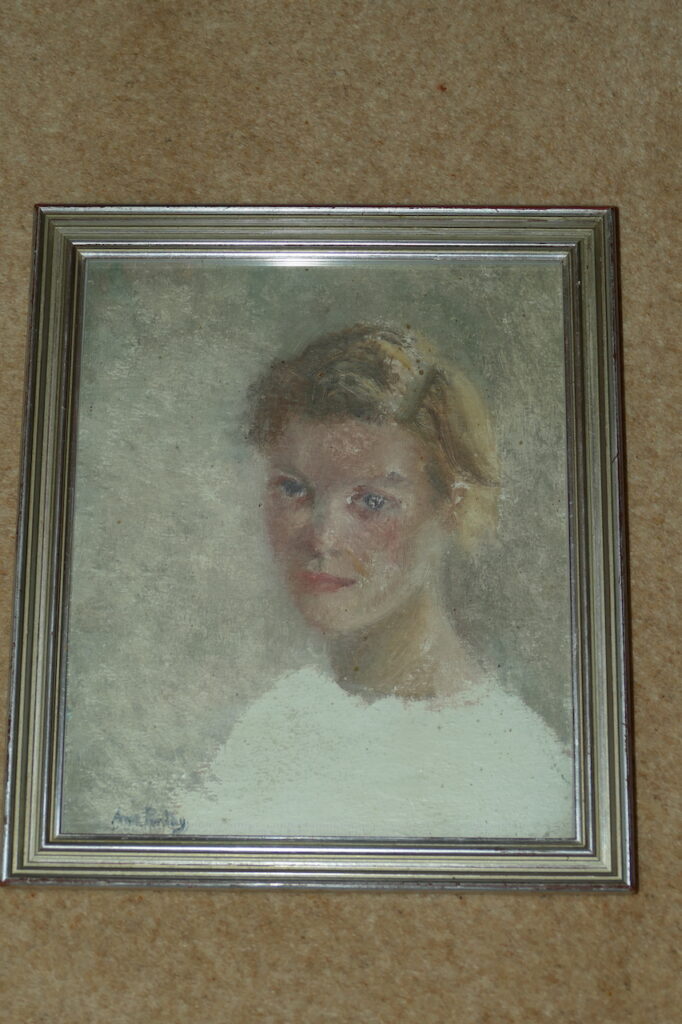 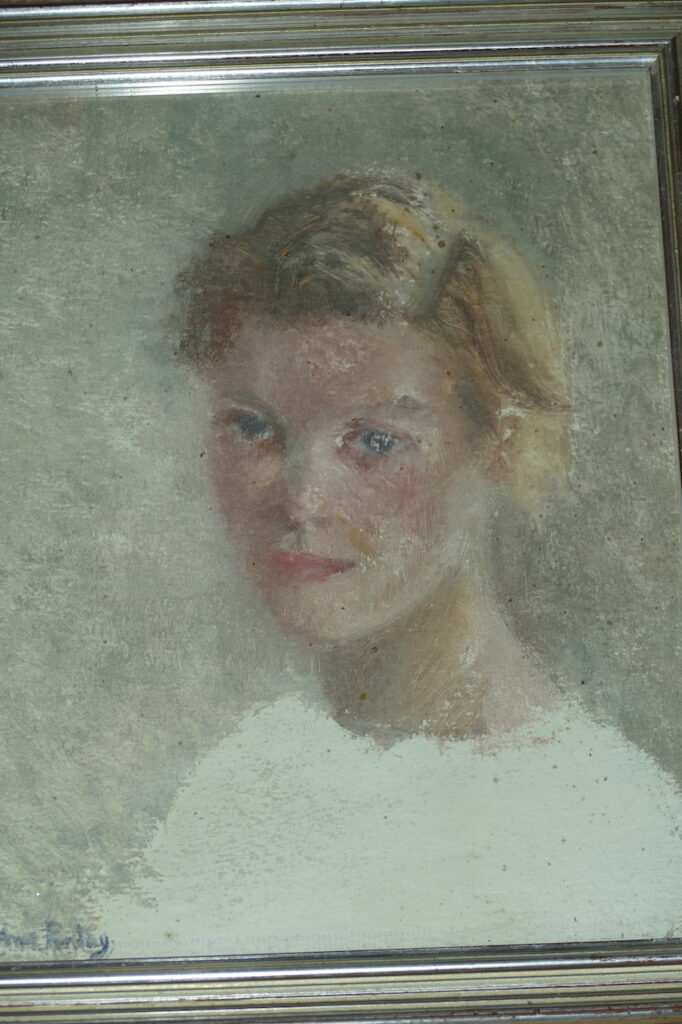 A gorgeous little oil on board of a young woman, possibly one of the artist’s nieces, by the Scottish artist Anne Finlay. Signed by the artist and in good condition.