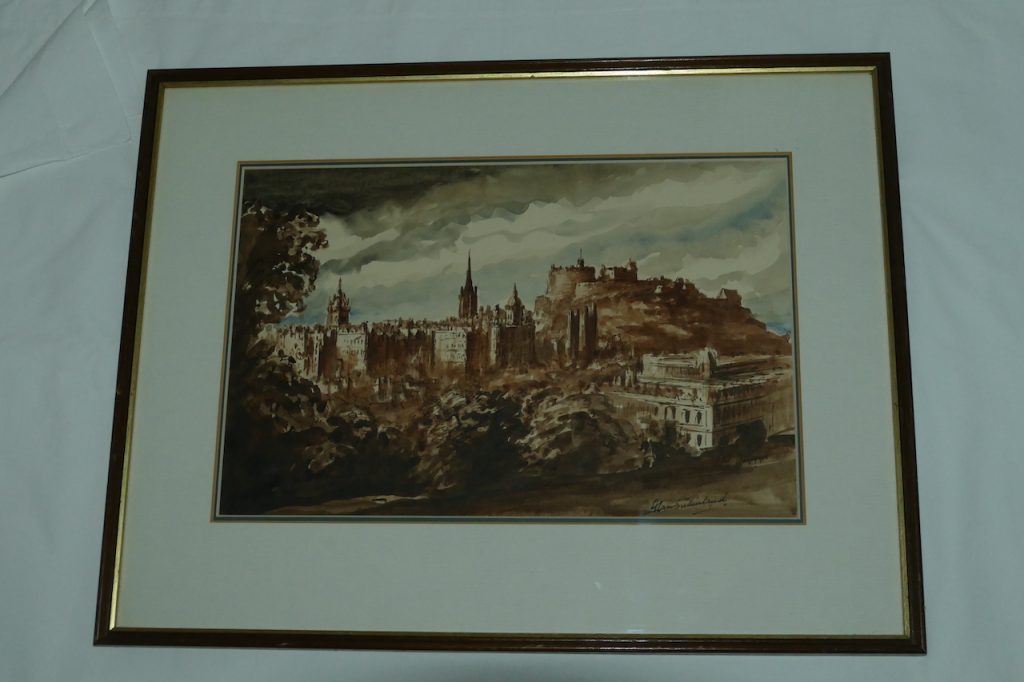 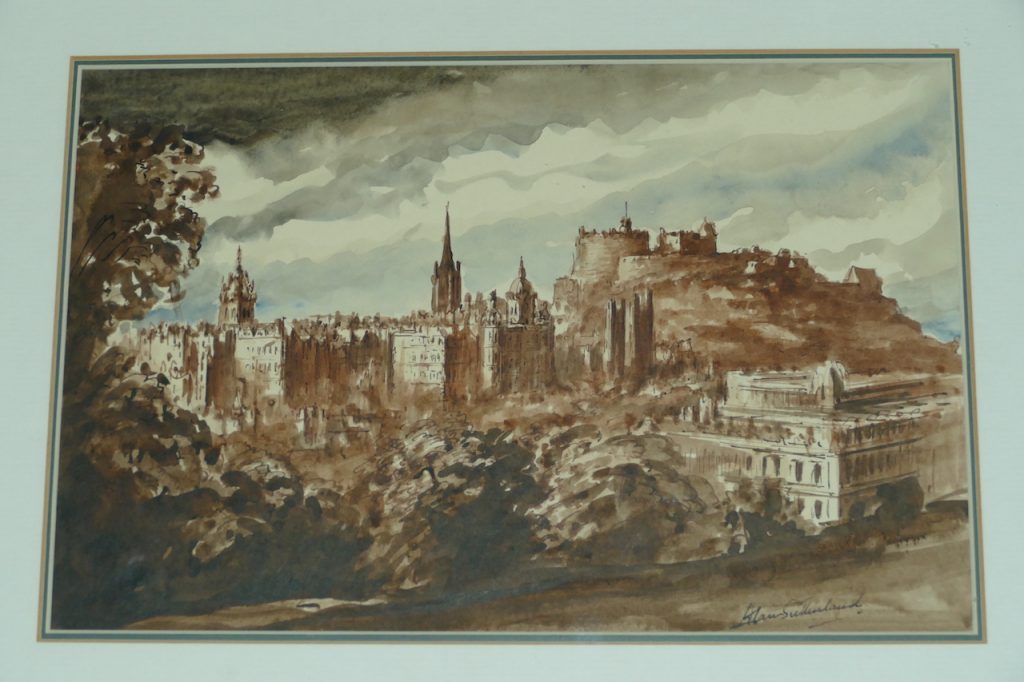 A lovely prospect of Edinburgh looking across the city towards the Old Town with the castle in the distance. This ink and watercolour work by the Scottish artist Alan Sutherland is in good condition in its original frame and mount. Signed by the artist.